Don’t Tread On Me!

I don’t know if any of you have been following what’s going on in Virginia and 2A... if not a quick video to catch up. So far, 43 county's are either 2A Sanctuary or voting on 2A Sanctuary in the next couple weeks. One county Sheriff says he’ll deputize every gun owner in his county if necessary.
Video

We are in a cold Civil War for our constitutional rights!
Reactions: Gamecock
M

I am a endowment life member of the NRA and strong supporter of the Second Amendment, so please don't take my question wrong.

What good is a Second Amendment sanctuary other than making a statement? Even if local law enforcement refuses to enforce anti-gun laws, they will just send in state forces, or even the national guard to enforce their unconstitutional laws. The people who make these laws do not care if their laws or the enforcement of those laws is legal or not. They are raving lunatics who plan to get their way no matter what. The voters better wake up and get rid of them. That is the only real solution.
O

It would enable persons in that county to keep a gun in their car, in their home, and on their person. Forty three county’s! There are an estimated three hundred millions guns in the country. I’m proud of Virginia fighting back against tyranny. It makes a huge statement. Yes, voting is important, but the power drunk people are in power, showing them we will not roll over and give them the power to take our constitutional rights away from “We The People”. There is corruption in the voting system. Redistricting, no voter ID required, (they put fences around cemetery’s to keep Democrats Living there from voting ) and some filthy rich guy who wants to take your rights away by pumping millions into elections.
I too am a NRA life member, GOA and NAGR.
“Shall not be infringed”
M

I'm asking these questions because I don't understand how it will work. At least for now, we don't have that problem in Texas.

I'm curious how that works. Does being a Second Amendment sanctuary somehow nullify state law? Or are the citizens who practice their 2nd Amendment rights just setting themselves up to do time in a state prison when state officials arrest and prosecute them?
O

This battle is just formulating and in its infancy. California is a Sanctuary state not allowing ICE to arrest and detain illegal immigrants. That dog is still in the fight. Almost all but several county’s are declaring 2A Sanctuary.... so it’s a battle between local and state government enforcing an illegal law. No law is to be above constitutional law but tyrants that are governor’s and even mayors feel they are above constitutional law. Are we legally bound to obey an illegal law? There are way too many lawyers and politicians (and most politicians are lawyers) that try to twist the law. The Bill of Rights are given by a higher power and pretty much human rights. Do we bow down and accept our rights being taken away by tyrants? Or do we fight for our rights so our children live free. Virginia is in that battle now. If you have served in the military or law enforcement, you took an oath to protect and defend the constitution of the United States of America from enemy’s both foreign and domestic. If you believe in oaths, as a soldier or law enforcement can you with clear conscience enforce an anti constitution law?
A couple years ago, Connecticut passed a “assault weapons ban”. The state police said they would not confiscate them and they didn’t and only out a quarter million were turned in to police. NJ banned magazines over ten rounds were banned, as far as I have read, none we’re turned into police. So the question is, will you obey an unconstitutional law or stand your ground? There is a movement now for 2A.... “We will not comply.” Patrick Henry put it best in his speech at St. John’s Church, do a search on it. If 2A falls, so does 1A, 4 A, and so on... politicians are drunk with power. I’m old and won’t see the results of this tyrannical power grab. I feel for my kids and grandkids I leave behind.
O

Mike, more in that “Sticky Wicket” we were discussing yesterday. Getting interesting!
BTW... God Bess Texas!
You think Texas would put up with the crap coming down in Virginia? I say no way they would.
O 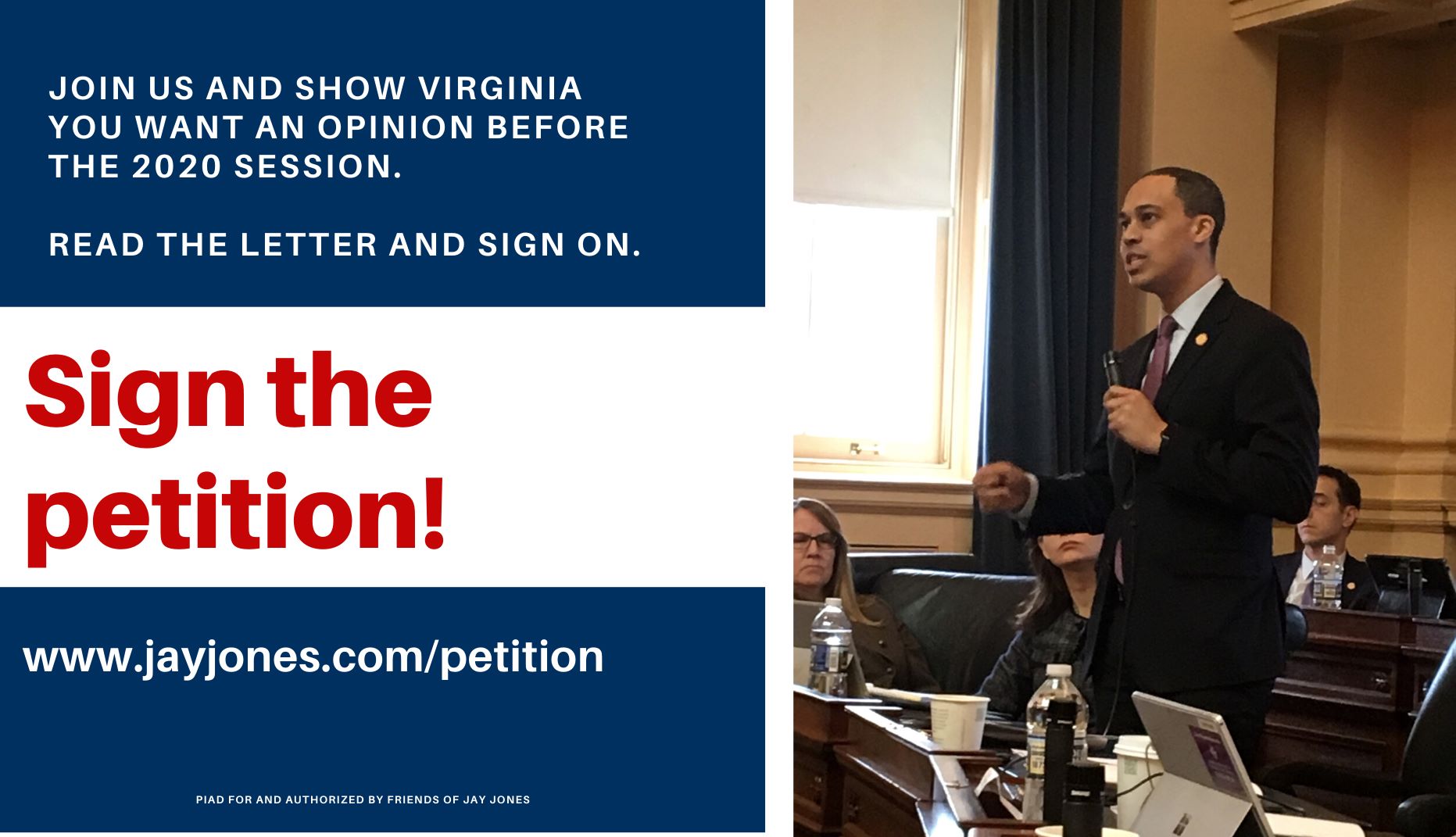 The people who want the Second Amendment upheld are the same people being painted as rightwing extremists, potential domestic terrorists and, the most damning smear of all, racists.

I see you gave me a link to AmmoLand. For those here who might not know, AmmoLand publishes a daily news letter (email) about shooting sports. I highly recommend it. Subscribe Here

Back to our topic.

There are only two things I can see happening, barring the Supreme Court issuing a definitive ruling in favor of the 2nd, is for the voters to rise up and take back our country, or for civil disobedience to boil over into civil war, not something I wish to see.
Reactions: oldyaker
O

The right to bare arms ......no more with confiscation. .....
Think of how many folks that would be. Count all the hunters , sport shooters , competition shooters , war reenacting organizations , collectors , citizens with concealed permits and last the guy or gal who has a unregistered or registered handgun in the nightstand by their bed.
How many would stand and fight a illegal law is questionable and something unknown. I know I would. But what the heck under the Obama administration I was called a terrorist. Simply because I'm a foreign war Vet and Law Enforcement officer ( Now Retired ) , who takes the U.S. Constitution seriously.

Just for fun lets toss in the outlaws with unregistered even stolen firearms . it appears the old saying , " When guns are outlawed only outlaw's will have guns " , could become true.

Now lets consider all of the folks who have black powder firearms. They are not registered and I guess the politicians don't think they can hurt anyone. Funny thing about that , 2 different wars were fought on our soil with them and even the western part of this nation was , in part , settled with them.

During WW 2 the Japanese were asked why didn't they invade America. The reply in condensed words was... To many private guns in the hands of the population , basically we are a standing army which would be willing to protect the homeland.

What I'm getting at in a long way is remember Germany , the firearms the citizens owned were confiscated so Hitler and his following could control everything. 1st step to controlling everything...Disarm the population.
Reactions: oldyaker
M

I suspect everyone on this board feels the same way about our 2nd Amendment rights, it's the kind of group of Americans who take pride in our country and take our rights seriously. Unfortunately, we are under-fire and must be ever vigilant to protect all of our rights.
Last edited: Dec 10, 2019
K

". . against all enemies, foreign and DOMESTIC". Unfortunately, today most of the domestic enemies are elected officials.
Last edited: Dec 10, 2019
O

Kayak Jack said:
". . against all enenjes, foreign and DOMESTIC". Unfortunately, today most of the domestic enemies are elected officials.
Click to expand...

That's what happens when people only vote the party and keep the ancient ones in office , we need term limits. The president can only be in office two terms why doesn't the same rule apply to the Congress and Senate , WHY NOT ... lets even include local politicians. Then make there retirement the same as everyone else , Social Security , this way they will protect it.
Reactions: oldyaker
M

In my case the oath I took to become a peace officer is:

IN THE NAME AND BY THE AUTHORITY OF THE STATE OF TEXAS, I, , do solemnly swear (or affirm), that I will faithfully execute the duties of the office of Deputy Constable of the State of Texas, and will to the best of my ability preserve, protect, and defend the Constitution and laws of the United States and of this State, so help me God.

Even though retired after 33 years, I am still a reserve deputy and the oath is still in force.

And yes, term limits should have been placed in the original Constitution. That's something the Founding Fathers overlooked.
K

I think that maybe the Founding Fathers were so busy with war, and trying to get into office in the first place that, being in office too long was a foreign thought that never once occurred to them? Kind of like having too much money, being too handsome, or being too thin?
O

A “Lady”with a set bigger than most men have...

I think that it was Sioux Chief Sitting Bull who was credited with saying that, "No one has ever accused the government of telling the truth."

In reality, I'd bet dollars to donuts that a white man really coined the phrase, and in a cowardly moment, passed the buck.
Reactions: oldyaker
M

Perhaps the 2nd A sanctuary counties are already having an impact. The registration part still needs to go away.

Governor Ralph Northam (D.) and incoming Senate majority leader Dick Saslaw (D.) said they will no longer pursue their marquee plan to ban the possession of "assault weapons." Instead, they will include a provision to allow Virginians to keep the firearms they already own. The reversal comes before the newly elected Democratic majority has even been sworn in, after a majority of the state's counties declared themselves "Second Amendment sanctuaries."
"In this case, the governor's assault weapons ban will include a grandfather clause for individuals who already own assault weapons, with the requirement they register their weapons before the end of a designated grace period," Northam spokeswoman Alena Yarmosky told the Virginia Mercury.
Click to expand...

Thanks Mike, looks like they gave an inch... but I will never register any gun ever! You know what follows that....
In the late 30’s, the Nazis required registration, than confiscation, than concentration camps.
Never give the Nazis.... oops .... I mean Demoncrats an inch... they’ll grab it all. They are the ones drawing a line in the sand.
O 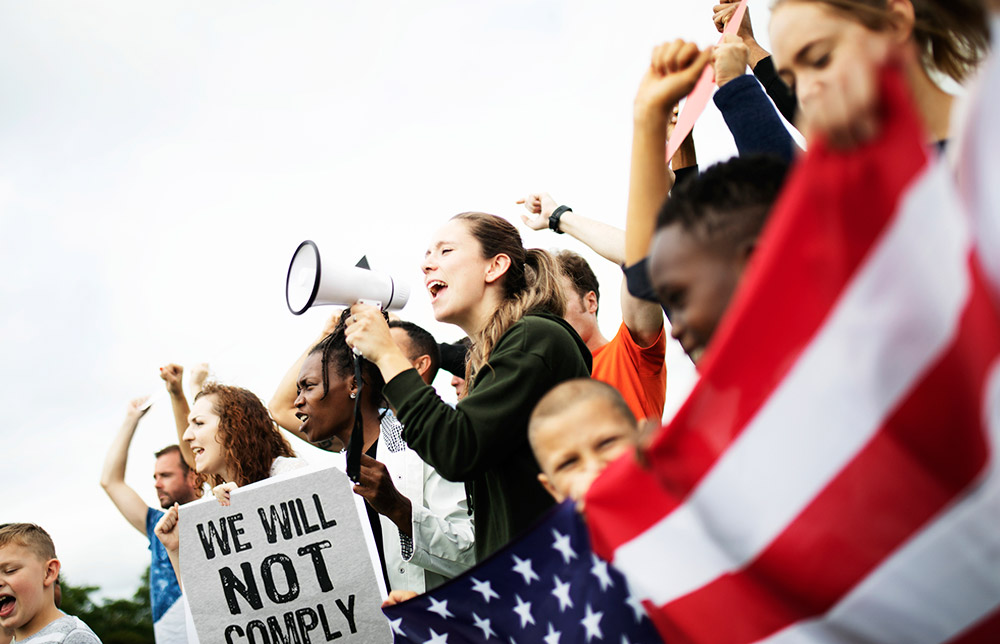 Virginia Will NOT Comply & America is Watching

The good old days, they aren't coming back. They have made sure of that and many Virginians seem to have figured this out. That's why what's happening in Virginia right before our eyes is so dangerous.